An animal control officer responded to reports of a dog in distress in a vehicle about 3:30 p.m. outside a business near 700 South and 900 West, according to a news release posted Tuesday on Salt Lake County Animal Services’ Facebook page.

The mixed-breed dog was “convulsing and unresponsive” when the officer arrived. The officer used an unlocked door to get the dog out of the car and then tried to cool down the dog and administer first aid, according to the news release.

The dog’s owner was located shortly after the dog was pulled from the vehicle and was cited for animal cruelty, county officials said.

Salt Lake County officials say animal control officers respond to about 500 calls per year for dogs left in hot cars. On a 70-degree day, the temperature inside a car can reach 116 degrees in just 10 minutes, county officials said.

The temperature was 95 degrees at 3:30 p.m. Tuesday in Salt Lake City, according to the National Weather Service.

Salt Lake County Animal Services encourages anyone who sees an animal in distress in a parked vehicle to cal 911.

Officials also caution against breaking a window to pull out a pet, as you could be liable for damages, according to the news release.

“It’s best to leave your pet at home where they can lounge in a comfy, cool place, with plenty of water,” the release states. 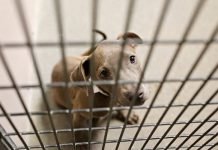 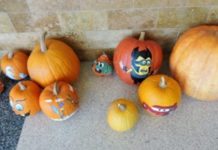 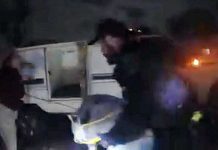