Chief Operations Officer Michael Fox confirmed to Gephardt Daily that two performances Wednesday were canceled, along with three Thursday and two Friday. No shows were scheduled for Saturday, which is New Year’s Day.

Fox said the cancellations were due to COVID-19 in the cast, but no further details are currently available. “Simply following our safety protocols and should be able to resume performances on Monday,” Fox said.

Ticket holders have been contacted via telephone and email and should look for an email detailing ticket options.

“Chitty Chitty Bang Bang” is scheduled to resume its final week of performances Monday. Ten shows are scheduled between Monday and closing day, which is Saturday. All shows are marked as sold out on the website.

On the website, a show description says: “Come soar with the car that rattles, swims and flies as the whimsical adventures of Caractacus Potts, his darling children and the truly, Truly Scrumptious weave splendid adventures on HCT’s enchanted stage! The MGM movie made it timeless. London’s West End and Broadway made it sparkle anew. Based on Ian Fleming’s famous children’s book … the genius Sherman Brothers (Mary Poppins) and Sams created the most fantasmigorical stage musical of all time!”

“Chitty Chitty Bang Bang” began its life as a 1968 movie, and was adapted into a musical, which premiered in the West End at the London Palladium in April 2002.The Broadway production opened in April 2005. 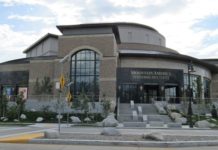 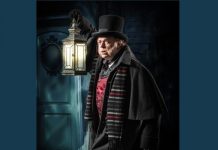 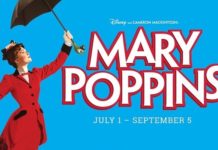