SALT LAKE CITY, Utah Jan. 29. 2017 (Gephardt Daily) — The Church of Jesus Christ of Latter-day Saints has issued a statement in the wake of the President Donald Trump’s executive order banning travel of refugees from seven Muslim countries to the United States.

The statement was posted late Saturday night on the Church’s website, ldsnewroom.org.

“The Church of Jesus Christ of Latter-day Saints is concerned about the temporal and spiritual welfare of all of God’s children across the earth, with special concern for those fleeing physical violence, war and religious prosecution. The Church urges all people and government to cooperate fully in seeking the best solution to meet human needs and relieve suffering.”

The LDS Church statement comes just 24 hours after the Trump administration signed a controversial executive order banning travel of all people from seven Muslim countries over the next three months. The countries are Iran, Iraq, Libya, Somalia, Sudan Syria and Yemen. Refugee travel to the United States has been suspended for the next four months.

A U.S. District judge struck down part of the ban Friday.

In December 2016, the LDS Church posted a message addressing what was then a proposed Muslim travel ban promised by the Trump campaign. Without mentioning Trump by name, the Church issued the following statement:

“The Church of Jesus Christ of Latter-day Saints is neutral in regard to party politics and election campaigns. However, it is not neutral in relation to religious freedom. The following statements by Joseph Smith from 1841 and 1843 are consistent with the Church’s position today:

“If it has been demonstrated that I have been willing to die for a Mormon, I am bold to declare before Heaven that I am just as ready to die in defending the rights of a Presbyterian, a Baptist, or a good man of any denomination; for the same principle which would trample upon the rights of the Latter-day Saints would trample upon the rights of the Roman Catholics, or of any other denomination who may be unpopular and too weak to defend themselves. It is a love of liberty which inspires my soul — civil and religious liberty to the whole of the human race.”

“Be it ordained by the City Council of the City of Nauvoo, that the Catholics, Presbyterians, Methodists, Baptists, Latter-day Saints, Quakers, Episcopals, Universalists, Unitarians, Mohammedans [Muslims], and all other religious sects and denominations whatever, shall have free toleration, and equal privileges in this city.”

— Ordinance in Relation to Religious Societies, City of Nauvoo, [Illinois] headquarters of The Church of Jesus Christ of Latter-day Saints, March 1, 1841. 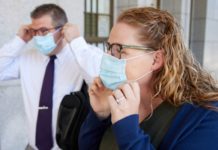 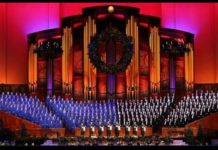