“Right now it’s about the relationships,” said Hardy, newly arrived after a year as assistant coach with the Boston Celtics and years at the same job with the San Antonio Spurs.

Besides getting his wife and two daughters to Utah and settled, Hardy said his goal is to “start to build those relationships not just with our players, but with our staff. I think for me to be an effective leader. I have to have that personal capital built up with everybody.

“So my goal these first couple of months is to really hope that everybody here, you guys (reporters) included, get to know me as a as a person before get to know me as a coach. I think that’ll only strengthen the relationships and then down the road that’s going to help us all be honest with each other.”

Asked about being such a young head coach, Hardy balked.

“Age? Yeah, honestly, it’s really not something that I’ve ever thought about…. I’ve always just tried to make the most of every opportunity that I’ve had and that’s I don’t look at this any differently. I really don’t think about it maybe as much as you guys do. You know, I’m 34. And I’m fine with that.

“I look forward to just building these relationships you know, very honestly and candidly, as we get this process going.”

Asked about traits he would like to see in Jazz players, Hardy said “toughness, sacrifice and passion are the three things that are most important to me. You know, I want our group to be deeply competitive and able to deal with adversity. I would like for everybody to recognize that this is bigger than them individually, and everybody’s gonna have to get out of their comfort zone a little bit as we move forward.

“And then just the energy that this takes every single day from everybody if you want to be successful. The willingness to learn and grow every day is always going to be very important.”

Hardy also thanked the Celtic and Spurs coaches for all he had learned working with him. 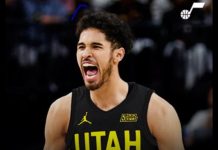 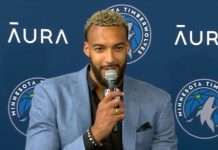