SALTAIR, Utah, April 16, 2021 (Gephardt Daily) — Twenty and 40-foot sailboats are literally flying out of the marina at the Great Salt Lake near Saltair.

It is the second time in five years that the lake level has become so low the boats are unable to get in and out of the marina.

“It’s really sad,” said one boat owner. “We really love sailing year-round here, and now we can’t until the water comes back.”

“It does break your heart,” said Park Manager and Harbor Master Dave Shearer.  “This is a very strong community, and it’s a really sad day to be pulling all these boats out before the season even gets started.”

Shearer says lower water is because of a combination of factors: “The population of Utah has doubled since 1985, and I’ve heard it’s expected to double again in the next 10 years, but we’ve been in a really horrible weather cycle for nearly 20 years now.”

Shearer has been sending regular emails to the marina community updating the worsening condition. In March, he noted the lake is poised to set a new record low level this fall, breaking the record set in the early 1960s. In one email, Shearer wrote:

“Our water year began last October. Here are the stats since then:

In all, about 150 boats will be hoisted from the marina in the next several weeks.  While normally the marina entrance has five to seven feet of water, Shearer says by fall, there may be less than two feet of water there.

When will all the boats being stacked up on shore go back in the water? Shearer said it may be a while.

“We’ll put them back in maybe in two years, hopefully,” he said. “We need a couple of really good snowpack years to get them back in the water.” 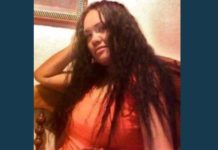 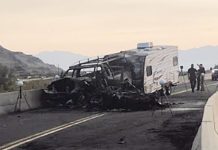