A helicopter crew from Classic Air Medical found the individuals’ truck on Friday, but there was no sign of the men, the news release said.

On Saturday, the search for the men resumed along the Utah-Colorado state line with additional assistance from the Utah Department of Public Safety helicopter crew.

“The snowmobiles the men were riding were found Saturday morning with no sign of the men,” the news release said. “Later in the afternoon, searchers on foot spotted a man waving an orange sled. Crews on the ground guided the DPS helicopter to the men.”

One of the men, a 58-year-old, was found deceased. The DPS helicopter shuttled the other man, who is 65 years old, to a spot where he could be transferred to the Classic Air Medical helicopter for transport to the hospital.

The news release said that on Feb. 29, members of the Uintah County Search and Rescue team rescued the same two men. They were on snowmobiles on Wild Mountain at the time. Both men were inexperienced riders and were not prepared for the conditions.

“Please, if you are going into the backcountry, expect cold, wet, muddy, snowy conditions,” Uintah County Sheriff Steve Labrum said. “Tell someone where you are going and take something like a bright orange hunting vest for emergency flagging.

“Be prepared with food, water, several ways to build fire, a shelter, tire chains, and a shovel. Be in physical shape for the outing and have the proper clothing. A two-or three-hour day hike could turn into a several day ordeal that you will be lucky to live through with the right gear.”

On Saturday alone, the Uintah County Search and Rescue Team received two calls for assistance, while they were engaged in the search for the missing snowmobilers, Labrum said. In those cases, the people who needed help were able to self-rescue before SAR members reached them.

“The sheriff’s office will do the best we can to help you, but we are stretched thin with the current circumstances,” Labrum said. “Be prepared!” 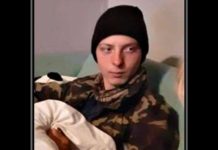