Alsco, a linen and uniform rental company, donated $100,000 Thursday to underwrite expanded visitor and custodial services at Zion, Bryce and Arches National Parks, said a news release from the company.

Alsco’s contribution will ensure visitor and custodial services are provided at Zion from Feb. 5 through March 9, and Bryce and Arches through Presidents’ Day weekend. Presidents Day is Feb. 18.

“The dates differ park by park because Alsco is extending custom agreements with multiple partners at each park to create seamless underwriting,” the news release said.

The partial government shutdown, which began on Dec. 22, 2018, has forced U.S. national parks to furlough their staff, requiring them to stay home without pay, while the parks remain open.

Since the start of the shutdown, several public and non-profit partners have worked together to underwrite costs for skeleton crews at the Utah parks. Partners include three national parks foundations, the city of St. George, Washington County and the Utah Office of Tourism, the news release said.

The Alsco/Utah partnership was inspired when Bob Steiner, co-CEO, read about the national park support being provided during the shutdown by the partners above.

“I was inspired when I heard about how our state is stepping up to protect these natural resources,” Steiner said in a prepared statement. “The senior management at Alsco discussed the idea and we decided we wanted to do our part. Alsco is a Utah-based company whose employees are inspired by local patriotism and pride in Utah’s natural treasures. Our contribution is intended to help out visitors who have planned their vacations to these beautiful parks and to also ensure the businesses and residents that rely on tourism in these areas are supported.”

Alsco worked in collaboration with Sen. Dan McCay, R-Riverton, and the Utah Office of Tourism to define a plan, the news release said.

The $100,000 contribution is being allocated to three foundations that support the national parks, and is distributed according to the projected February visitation of the parks. The largest allocation, $62,300, goes to the Zion Forever Project, supporting Zion National Park. Canyonlands Natural History Association, which supports Arches National Park, receives $19,600. Bryce Canyon Natural History Association will receive $18,100. February 2018 visitation was 127,790 at Zion, 40,325 at Arches and 37,132 at Bryce Canyon.

If the federal government shutdown ends before the money is used, Alsco will work with the natural history foundations to apply the remaining funds toward high-priority park programs. 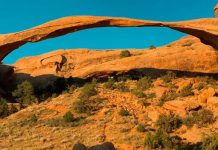 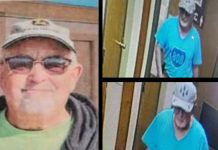 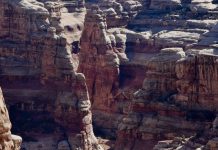