PASADENA, California, Jan. 1, 2022 (Gephardt Daily) — The University of Utah Football team may have come up short on points in their epic Rose Bowl battle against Ohio State, but in the hearts of millions of football fans, at home, and across the country, the Utes came away winners, and on a whole lot of levels.

If anyone had any questions about the vitality and direction of the U of U’s football program, they got their answers New Year’s Day. Not only did the Utes give the vaunted Buckeyes all they could handle for much of the contest, they also turned in one of the most inspired and memorable performances in Rose Bowl history.

It was a rock ’em, sock ’em slugfest from the get-go, with the Utes turning on their offense’s afterburners and scoring 35 points in the first half, holding OSU to just 21.

While the teams each had 324 total yards of offense in the first half, the Utes controlled most of the scoring action early, including a circus-like touchdown catch by an outstretched Micah Bernhard, a 97-yard kickoff return by Britian Covey, and a fourth down 62-yard TD run by Ute QB Cameron Rising.

The scoring frenzy drove Ute fans wild, with 78 percent of the Rose Bowl’s 90,888 seats filled with Utah fans. The sight was awe inspiring, especially for a team that had suffered so intensely over the last year with the loss of two beloved players Ty Jordan and Aaron Lowe.

Yet while the Utes dominated early on, Ohio State — no stranger to Rose Bowl drama, having played in Pasadena 16 times on New Year’s Day — started to hammer away at Utah’s lead. Quarterback C.J. Stroud began to thread the needle, with receiver Jaxon Smith-Njigba and other OSU catch-grabbers snaring one pinpoint pass after another.

By the time it was said and done, Stroud owned the Rose Bowl record for total yardage, completing 37 out of 46 passes for 573 yards and six TDs. Smith-Njigba delivered his own record-setting performance making 15 catches for 347 yards and three touchdowns. His longest snag was for 52 yards.

Despite Ohio State’s offensive barrage, the Utes continued to battle back, thanks to big plays and basic hard-nosed football, even when QB Rising was sidelined with an injury after being sacked. Enter Bryson Barnes, the backup quarterback, who had not thrown one pass during the regular season. After the Utes went three-and-out, the Buckeye’s scored again, taking the lead for the first time with 4:22 remaining, but the Utes managed to hit back. Barnes bolted for a first down run keeping the Ute’s hopes alive. He then tossed his first collegiate touchdown pass, a 15 yard strike to Dalton Kincaid, tying the game 45-45.

The dramatic touchdown, however, was not enough to force overtime. With time running out OSU moved down the field and opted for a 19-yard field goal for the game winning score 48-45.

While the battle-royal ended in heartbreak for many Utah fans, it shouldn’t be surprising Ohio State pulled out a win. They’ve now played in 16 Rose Bowls and have won nine. And while the Utes didn’t emerge victorious, what they accomplished for their program on New Year’s Day 2022 will never be forgotten. They took center stage against one of the most successful football teams in college history and gave them all they could handle. They didn’t win the game, but they surely won hearts. 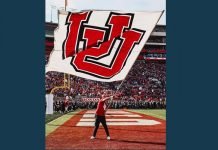 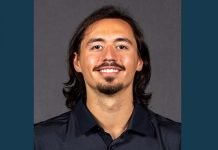 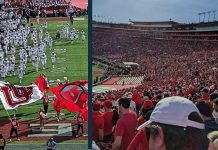