According to Weber County Sheriff Search and Rescue, crews were called to Powder Mountain at 6:30 p.m. on a report of a lost skier. The individual had sent a couple of text messages to his wife telling her to call for help.

Officials said his wife then contacted the Powder Mountain ski patrol, which was able to text the lost skier and learn he was somewhere in an area known as the Lefties.

Weber County Search and Rescue, ski teams and Department of Public Safety Helicopter crews all aided in the search. The lost skier was found just before midnight after a ski team followed tracks leading uphill next to the ridge line, and they could hear the skier calling for help.

The skier was rescued by helicopter and taken to a landing zone at Snowcrest Junior High School, where he was checked by Weber County Fire paramedics and found to be suffering from possible frostbite. 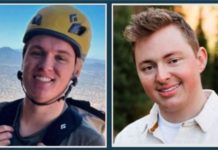 GoFundMe accounts set up for 2 men who died in Powder Mtn. plane crash 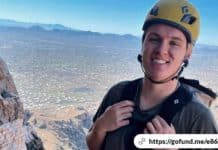 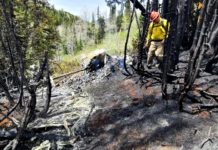