MURRAY, Utah, June 6, 2020 (Gephardt Daily) — A woman was struck by an errant bullet Saturday at an indoor shooting range in Murray.

The incident occurred a little before 6 p.m. at TNT Guns and Range, 5669 S. Commerce Way.

“An adult male set his gun down and forgot it was loaded,” said Murray Police Sgt. Richmond. “He went to open it up to take it apart, and the bullet went through three separate bays and struck an adult female in both legs.”

The weapon was a 9 mm handgun, Richmond said.

Although the bullet nicked an artery and the woman will need surgery, her injury was not life-threatening, Richmond said, adding, “She was actually in good spirits.”

Richmond said the man with the pistol is experienced with guns and was almost in shock when he realized what had happened.

“He completely forgot the gun was still loaded.”

Richmond said no charges will be filed because it was clearly an accidental discharge and, although such incidents don’t happen frequently, they aren’t unheard of.

Which brings us to an earlier incident Saturday in Ogden.

Around noon, at the Weber County Sport Shooting Complex, 2446 N. Rulon White Blvd., a man was cleaning his gun when it accidentally discharged and shot him in the hand.

Below, courtesy of the Salt Lake City Police Department, are:

For more information from SLCPD on gun safety and gun ownership, click here. 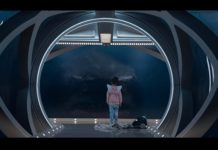 ‘The Meg’ tops the North American box office with $44.5M 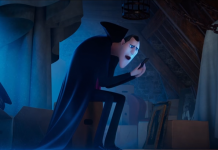 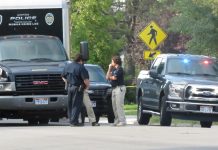