Jan. 18 (UPI) — Four manatee calves from SeaWorld in Orlando, Fla., were transported to an Ohio zoo Saturday for treatment.

The four juveniles were all injured to some degree, and were taken to Ohio’s Columbus Zoo and Aquarium.

The move frees up space at SeaWorld to care for more critically injured animals.

“This transport was necessary, given the record number of intakes occurring, to make additional room for rescued manatees in need of emergency critical care at SeaWorld’s Rescue and Rehabilitation Center, which is one of only five manatee critical care facilities in the United States,” said a Columbus Zoo new release.

The zoo, which is a second stage rehabilitation facility, will care for the animals until they gain enough weight to return to Florida waters.

Both the Columbus Zoo and SeaWorld are part of the Manatee Rescue & Rehabilitation Partnership, a cooperative group dedicated to the rescue, rehabilitation, release and monitoring of manatees.

The four mammals were transported by air by DHL Express, which donated its transportation network for the job. The freight transport company used custom built containers to accomplish the move. The manatees were accompanied by a Columbus Zoo staff veterinarian on the flight.

“Transporting animals is a precise process where everything must be executed flawlessly,” said Jon Peterson, SeaWorld Orlando vice president of Zoological Operations.

“When you add an air component on top of the land transfer, the complexity multiplies exponentially. SeaWorld has decades of experience safely moving animals and the beauty of our partnership with DHL Express is that we both understand what’s necessary and together we won’t proceed with a transfer unless we both are 100% satisfied that every detail is covered, and conditions are perfect.”

The animals arrived safely and the zoo says they are settling in nicely.

The manatees, which are all female and named Lizzo, Cardi-Tee, MaryKate and Ashley were rescued as neonatal calves in 2020 and 2021, according to the Columbus Dispatch.

The zoo now houses nine manatees including the four new ones and two male calves that came to the zoo in April. That is the highest-ever number of the animals residing at the zoo at one time. 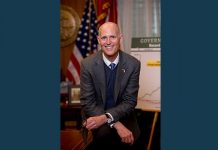 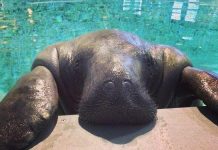 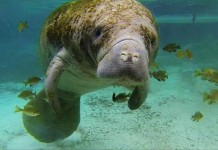