Sept. 3 (UPI) — Prosecutors in Germany told the court that a 96-year-old former medic at Auschwitz is too ill to face trial.

The two-year trial against Hubert Zafke, charged with 3,681 counts of accessory to murder at the Nazi’s Auschwitz-Birkenau concentration camp during the Holocaust, is set to come to an end due to his worsening dementia.

The prosecution said Zafke’s condition had “reached a severity that the defendant is no longer able, inside and outside the courtroom, to reasonably assess his interests or coherently follow or give testimony.”

Following years of delays and allegations that the judge perverted justice, the suspension of the case may signal the end of trials against Nazi workers at Auschwitz.

“It’s a bizarre and sad ending of a trial that sends survivors back to the 1950s, when there was a massive indifference of the German judiciary to dealing with the perpetrator,” Christoph Heubner, executive vice-president of the International Auschwitz Committee, told Deutsche Welle. “Survivors weren’t even present at the trial. Politically it’s another dark stain on Germany’s judicial calling card, which is already covered in dark stains. The pursuit of Nazi perpetrators has altogether failed.”

Zafke denied his involvement in the thousands of deaths he was charged with, but a Polish court established he worked in the medical unit of the Auschwitz concentration camp and sentenced him to four years in prison after World War II.

Prosecutors in Germany called for a second trial in 2013, but it didn’t begin until 2016 after Zafke had already been diagnosed with dementia.

In addition to Zafke’s waning health, the trial was suspended after prosecutors accused judge Klaus Kabisch of a “lack of objectivity.”

Kabisch was eventually dismissed from the case and is being investigated for perverting the course of justice after prosecutor Thomas Walther alleged he deliberately delayed the trial.

Nazi trials have become increasingly less common between 2015 and 2016 and Jens Rommel, the chief prosecutor of the German Nazi crimes agency, lamented to the Washington Post the difficulty presented by the advanced age of both the defendants and the plaintiffs.

“There are few days which I do not spend wishing that we could go back in time by a couple of years or decades. We could have found so many more suspects,” he said. 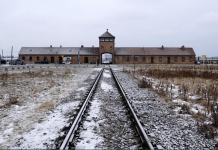 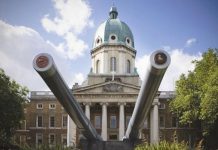 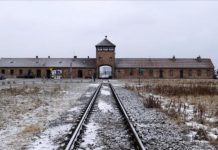