WASHINGTON, Aug. 18 (Thomas Monzon) — A report issued Tuesday by industry trade organization Airlines for America says Labor Day 2015 will be one of the busiest yet for airlines.

The organization is referring to a seven-day Labor Day travel period beginning Sept. 2 and concluding Sept. 8. It predicts a 3 percent increase from 2014, with 14.2 million people flying this time around and approximately two million individuals flying per day.

The busiest travel day will be Friday, Sept. 4.

The report accompanies earlier predictions that June 1 to Aug. 31 of 215 would be the busiest summer in the history of U.S. Air Travel. The industry believed 222 million travelers would fly during that period, topping the current record of 217 travelers in 2007.

Airlines for America says that in anticipation of higher volumes of passengers, airlines have added flights to their schedule and begun to use larger planes, adding to the accessibility of air travel for consumers looking to save. Airlines suffered from the economic recession in 2008, but they have since been bouncing back with a collective profit between 10 publicly-held airlines standing at $8.7 billion during the first half of 2015. Operating revenues, however, have remained flat compared to 2014, with a three percent decline in fare revenue being offset by a three percent increase in passengers.

Passenger complaints have also increased significantly.These rose by 20 percent during the first half of 2015, with 9,542 complaints logged so far as opposed to 7,935 during the same period in 2014. 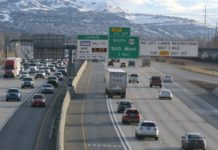