SEATTLE, Feb. 15 (UPI) — The Seattle Aquarium said its Valentine’s Day tradition of public octopus mating was canceled this year due to cannibalism fears stemming from the male’s size.

The aquarium said its annual event, which features two octopuses mating for the enjoyment of the public, was called off Sunday because officials feared the male octopus, Kong, would merely eat any female he encountered.

Officials said Kong weighs in at 70 pounds, making experts concerned that he would eat any of the available female octopuses, which weighed only 30 to 40 pounds.

The decision may have temporarily extended Kong’s life, as octopuses mate only once per lifetime and die shortly after the event.

The aquarium said Kong would be released Monday in Puget Sound, where he will be free to choose his own mate — or his own lunch. 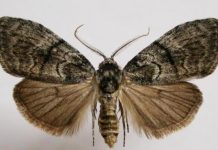 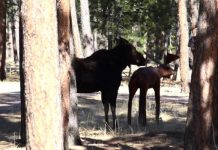 Moose tries to mate with metal statue in Colorado yard 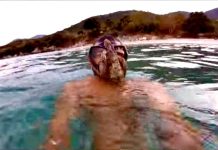