The 73-year-old singer and actress will publish the work via Viking Books in 2017. The first-hand account will cover the entirety of Streisand’s life and illustrious career in music, film and theater.

“Barbara Streisand‘s memoir is the entertainment story that has been on the top of every publisher’s wish list for years,” Viking president Brian Tart said. “There are over fifty unauthorized biographies about Ms. Streisand that are full of myths and inaccuracies, and she is finally going to tell her own story.”

Streisand was born in New York in 1942, and came to fame as a nightclub singer and Broadway actress.

She is one of the few performers to have won Emmy, Grammy, Oscar and Tony awards, and last released duets album Partners in September 2014. 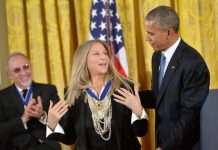 Streisand on ‘Yentl’ Best Director Oscar snub: ‘I must have been more hurt than I thought’ 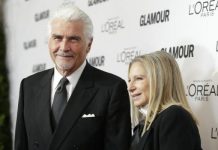 Barbra Streisand says men were too intimidated to date her