Anderson also wrote the script with production set to begin soon in London. “The Wonderful Story of Henry Sugar and Six More” is a short story collection published in 1977.

The book follows Henry Sugar, who steals a book that allows him to see through objects and predict the future.

Cumberbatch will portray Henry Sugar and star as other characters. It remains unclear who Patel, Fiennes and Kingsley are portraying. 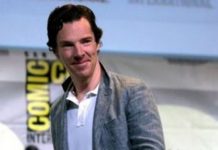