Gordon-Levitt has two sons with his wife, Tasha McCauley, but has kept their names and other details private. The actor confirmed he took time off from acting after his sons were born in 2015 and 2017.

“I felt lucky I got to take some time off. Now I have two boys and it’s the best. It’s the best,” he said with a smile.

Gordon-Levitt told host Jimmy Fallon, who has two daughters, Winnie, 7, and Frances, 5, that he is an inspiration as a father. Fallon appeared in Dads, Bryce Dallas Howard’s documentary about fathers.

“Thinking about that I’m someone’s dad now, because I remember looking up to my dad in that exact same way,” he said. “There’s not really a lot of other people that you can grab them and [mimes hugging], you know what I mean?”

Gordon-Levitt also discussed his forthcoming Netflix film, “Project Power.” He said his co-star Dominique Fishback is his favorite part of the movie.

“Anybody out there who loves movies, actors, acting, just a fan of seeing an up-and-coming actor new, brilliant talent — Dominique Fishback. So happy to be her collaborator, her friend. She’s so good,” Gordon-Levitt said. 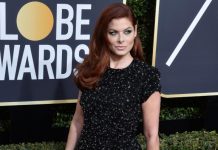 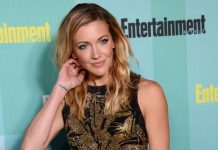 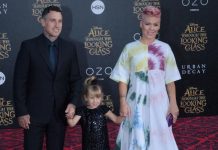