A police spokesman told TMZ Ocasek was pronounced dead at his Manhattan townhouse.

The cause has not yet been determined.

Ocasek and Porizkova split up in 2018 after 28 years of marriage. They have two children together. Ocasek also has three other children from other relationships.

The band was inducted into the Rock and Roll Hall of Fame last year.

Ocasek’s death comes just days after that of another ’80s music icon — Eddie Money. Money died of cancer on Friday at the age of 70. 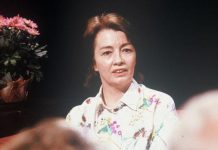