UTAH, Jan. 5, 2021 (Gephardt Daily) — An Amber Alert that was issued Monday by police in Yakima, Washington, has been canceled.

Police were asking the public in Utah and Idaho to be on the lookout for two male suspects and a 15-year-old girl who officials believed had been kidnapped.

Late Monday night, the Yakima police posted on Facebook that Angeles V. Revuelta-Buenrostro has been located and is safe, and a suspect has been detained.

Law enforcement in Nevada found and stopped the suspect vehicle at about 10 p.m. Monday, the post said.

On Monday morning, around 11:20 a.m., Angeles took out the garbage from her house and didn’t return. Her parents, who were home at the time, became concerned when the teen didn’t come back inside, and they reported her as missing.

Angeles “had recently been recovered in Arizona with a male, Daniel B. Ovante, 36, who coerced her via social media,” according to the Amber Alert. Later, he allegedly made threats to come take Angeles and kill the family, the alert said.

A second man, 34-year-old Eric Landeros, also was listed as a suspect Monday.

Yakima police did not indicate which of the two suspects named in the Amber Alert has been detained. 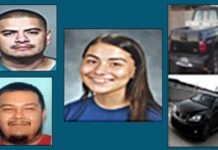 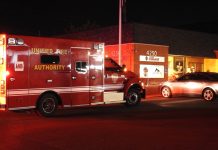