According to Unified Police Lt. Lex Bell, officers were called to the scene around 2 a.m. with reports of shots fired. When police arrived they found the assailant, 35-year-old, Jesse L. Bruner dead and the 47-year-old homeowner, Russell Reed Jacobs mortally wounded.

Investigators say the deadly chain of events began with a confrontation at the front door of the home, where a “pushing match” ensued. Jacobs was able to repel Bruner, but then chased him down the street for about a half-block before the two men exchanged gunfire.

Bruner was killed in the shoot out and Jacobs was fatally wounded.

Police say Jacobs’ teenage son witnessed the shooting and tried desperately, along with neighbors, to save his father’s life. First responders soon joined in the effort and worked to revive Jacobs for more an hour, but he ultimately died from his wounds.

Jacobs was a father of three. During a brief news conference Thursday morning, a family friend asked for prayers for the family.

Wes Smith said, “We are all saddened by the tragic loss of Russell Jacobs. ‘Rusty’ is a beloved father and husband, a dear friend and neighbor. His death is a great loss.” Smith also requested privacy for the Jacobs’ family.

Bruner is a known criminal with a prison record and a violent past. He is believed to have lived in the neighborhood and was wielding a double barreled sawed-off shotgun at the time of the attack. 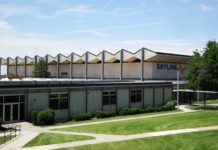 Skyline High School to transition to online learning for 2 weeks 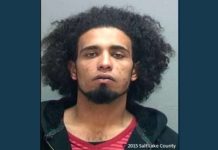 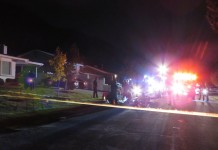