WEST JORDAN, Utah, Oct. 27, 2020 (Gephardt Daily) — Police in West Jordan responded to a report of an armed robbery at a 7-Eleven on Monday night.

Sgt. J. Richards, with the West Jordan Police Department, said three individuals, all  wearing masks and all believed to be male, entered the store at 1307 W. 7000 South at about 9 p.m.

They first stole beer and fled. A short while later, they returned and demanded money.

One of the suspects brandished a handgun, Richards said.

The clerk complied with their demand, and the three fled with an undisclosed amount of cash. No one was injured during the robbery.

The incident is still under investigation, and officials will be viewing any available surveillance video. 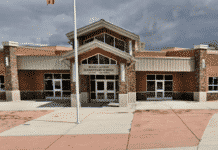