“At approximately 8 p.m., a semi was traveling eastbound on SR-30 at mile marker 52,” said a news release from the Utah Highway Patrol. That location is about 38 miles west of Snowville.

“For an unknown reason the driver ran off the road into an embankment,” the news release said. “The trailer overturned causing the cab to turn over as well.”

The driver, a 56-year-old man, was extricated and was flown by helicopter to a nearby hospital in stable, non life-threatening condition.

No other vehicles were involved, officials said. 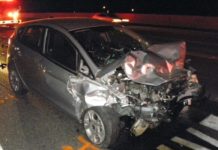 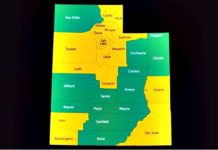