Feb. 11 (UPI) — Scientists at the University of Colorado have developed a new wearable device that uses thermoelectric generators to turn the body’s thermal energy into electricity.

Because the device, which is flexible enough to be worn as a ring or bracelet, can turn the human body into a power source, it could eliminate the need for an external battery in a variety of wearable electronics.

Researchers described the new device in a paper published Wednesday in the journal Science Advances.

“In the future, we want to be able to power your wearable electronics without having to include a battery,” senior study author Jianliang Xiao, an associate professor of mechanical engineering at Colorado, said in a press release.

The device’s thermonuclear generators can produce a single volt of energy for every square centimeter of skin, which makes it slightly less efficient than the batteries typically used to power wearable devices.

But while external batteries must be recharged and get less efficient over time, the new device taps into the body’s effectively limitless power supply. As the human heart is pumping, the body generates heat — heat that be used to produce electricity.

Previously, Xiao and his research partners developed a flexible electronic polymer that was designed to look and act like human skin, but the patch-like device required an external power source.

With the help of the new technology, that external power source could be the human body.

To build the new device, researchers integrated a series of thin thermoelectric chips, linked by metal wires, into a stretchable base made out of a material called polyimine.

“Our design makes the whole system stretchable without introducing much strain to the thermoelectric material, which can be really brittle,” Xiao said.

Some of the heat generated as the body moves is absorbed by the flexible base. The heat captured by the polyimine material is then converted into electricity by the array of thermoelectric chips.

The device can be scaled up to generate more power by expanding the base’s surface area that’s in contact with skin, as well as by adding more thermoelectric chips. Instead of a ring or bracelet, the technology could be used to form an arm sleeve.

“What I can do is combine these smaller units to get a bigger unit,” Xiao said. “It’s like putting together a bunch of small Lego pieces to make a large structure. It gives you a lot of options for customization.”

Scientists determined that if their device was scaled to the size of a sports wristband, a brisk walk around the block could generate as much as 5 volts of electricity — significantly more than the output of a smartwatch battery.

Because the base’s material is self-healing, the wearable device is exceptionally durable. Two torn pieces of polyimine can be refused by simply pressing them together.

Once the device is no longer of use, it can be dipped into a solution that dissolves the polyimine, leaving only the electronic components behind.

“We’re trying to make our devices as cheap and reliable as possible, while also having as close to zero impact on the environment as possible,” Xiao said.

Scientists are still working to perfect the technology, but they expect to take the device to market within five to 10 years. 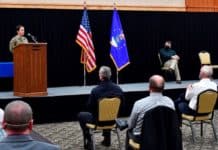 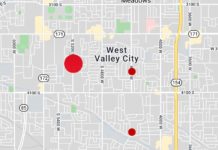