TOKYO, Aug. 22 (UPI) — In his efforts to create the “world’s first something,” a Japanese chef and former adult film actor decided to give human defecation a fighting chance in the kitchen.

The Curry Shop Shimizu in Tokyo became the first to specialize in “poop-flavored curry,” because obviously it’s never been done. Made from tart, but natural (non-feces) ingredients including bitter gourd and senburi tea, the unko curry (poop curry) is served — fittingly — in a Japanese toilet bowl-shaped dish.

Ken Shimizu, the shop’s owner, reportedly wanted to create a memorable meal reminiscent of his various adult film roles during which he consumed human feces.Rocket News reports Shimizu toiled over the poo-curry recipe for three years before settling on this one.

Curry Shop Shimizu places the nauseating plate on the menu despite negative feedback from its own marketing survey. Out of 400 young adults polled, only 5.7 percent said they were excited to go while a whopping 75 percent were adamant about never stepping foot in the restaurant. About 10.5 percent of those asked said they were not totally turned off by the idea, but they’d still never 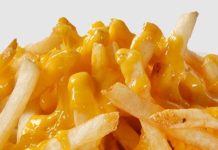 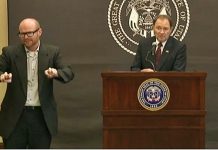 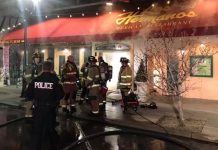