Sept. 20 (UPI) — What began as a joke about conspiracy theorists storming a Nevada military installation known as “Area 51” turned into an actual, albeit brief, confrontation Friday.

A crowd of about 100 activists gathered at the top secret base in the Nevada Test and Training Range and demanded to see the alien lifeforms and extraterrestrial technology they believe is being hidden there.

The actual number was far short of what proponents hoped for. Nearly 2 million people said on Facebook they would show up at the base Friday.

The man who made the initial post, Matty Roberts, said the whole thing was a joke.

Those who did attend were met by a police blockade at a road a mile from the base gate, which forced them to walk the rest of the way. Once they reached the main gate, about a dozen officers and a police dog stood in their way — and the song Final Countdown by Europe blared on a speaker. The activists dispersed a few moments later.

“I’m a little disappointed because it’s a lot less people than they said online,” said Nathan Brown, who traveled from Portland Ore., in a SWAT team outfit. “I half expected it, because there was no traffic, it was dead out here. I was nervous, but then we got here and it was like, ‘Oh, people are into this.'”

The Air Force, which operates the Lincoln County range, said it didn’t take the event as a joke and pledged to “protect America and its assets.”

“[The base] is an open training range for the U.S. Air Force, and we would discourage anyone from trying to come into the area where we train American armed forces,” a spokeswoman said.

The Central Intelligence Agency established the base, also known as Groom Lake, in 1955 to research and develop what became the U-2 spy plane. The base also was the center of development for the A-12, D-21 and F-117 Nighthawk stealth aircraft. Conspiracy theorists, however, believe it’s the main U.S. installation that hides evidence of alien life. 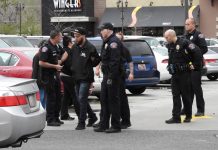 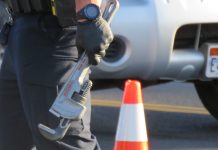 Police: One man in hospital, another on the run after Taylorsville road rage face-off 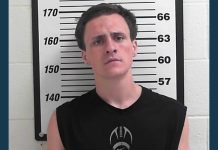