“Two troopers responded,” Freckleton said. “One of the troopers (who was out of his vehicle) attempted to stop him, and he accelerated and ran into the trooper.”

The suspect then crashed the dirt bike and was taken into custody.

The injured trooper was transported to the hospital with a badly injured leg and sprained wrist, Freckleton said. He originally told Gephardt Daily the trooper’s leg was broken, but later called back with a correction.

“The 20-year-old was allegedly intoxicated,” Freckleton said. “He had previously fled from Salt Lake City police, probably from a traffic stop.”

The suspect was arrested for driving under the influence. It isn’t known if other charges may be pending. 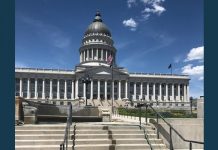 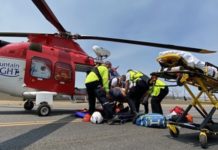