A probable cause statement from the 5th District Court of St. George said Shaun Michael Timothy, 46, from Santa Clara, was arrested Thursday morning.

On Saturday, April 13, a report regarding a sex offense was reported to the St. George Police Department, the statement said. Initial information was gathered and further follow up was conducted.

The victim, who is a 13-year-old female, disclosed to officers that while in class at the Tonaquint Intermediate School, in St. George, her teacher, Timothy, touched her buttocks.

She told officers that when she realized what was happening she jumped off her desk and moved away from Timothy and sat in her chair. She added that “she felt sick and was physically and emotionally upset about what had happened.”

The victim also told officers that prior to this incident Timothy had sat on her and a friend’s lap while in class, and had put his buttocks on her while in the lunch line, after he had cut in front of her. She said that his buttocks touched her arm and stomach.

“She said she was shocked and moved away from him and went to another line to then get her lunch,” the statement said.

Further follow-up was done with several other juveniles at Tonaquint Intermediate School who were present during the incident, and they corroborated the girl’s disclosures regarding Timothy touching her.

Timothy was contacted by phone and was asked if he would be willing to come to the police station; the teacher asked the detective to contact his attorney. Contact was made and arrangements were made to have Timothy turn himself in, to be booked into the Washington County Jail, the statement said. He is being held on $20,000 bail.

The reason the charges are aggravated and enhanced to a first-degree felony is due to the fact that Timothy at the time of the incident held a position of trust, as the victim’s teacher, officials said. 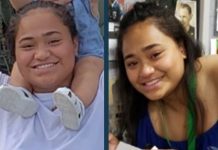