SALT LAKE CITY, Utah, Oct. 26, 2016 (Gephardt Daily) — John Dehlin, a social activist and producer of the popular and controversial podcast “Mormon Stories,” says he was struck with a fear as soon as he saw the “Mormon and Gay” website, debuted Tuesday by The Church of Jesus Christ of Latter-day Saints.

“I do think this website will lead to more suicides,” said Dehlin, who was excommunicated from the LDS Church after challenging church history, doctrine and policies, and sharing his findings and opinions on social media.

“I hope it won’t lead to more suicides, but I fear that’s what will happen,” Dehlin told Gephardt Daily.

The Mormon and Gay website begins with a video by Elder L. Whitney Clayton, a General Authority Seventy of the LDS Church, with the heading “God Loveth His Children.”

“We want you to know we love you,” Clayton says, in part. “You are welcome. We want you to be part of our congregations. You have great talents and abilities to offer God’s kingdom on Earth, and we want to recognize the many valuable contributions you make.”

A question and answer section of the site states that “Sexual relations are proper only between a man and a woman who are legally and lawfully wedded as husband and wife. Any other sexual relations, including those between persons of the same gender, are sinful and undermine the divinely created institution of the family. The Church accordingly affirms defining marriage as the legal and lawful union between a man and a woman.”

The website also shares the stories of gay men and lesbians who have remained in good standing within the faith through celibacy or through a mixed-orientation marriage, such as one between a lesbian and a heterosexual man.

“The website sends a very toxic message to the church’s LGBT members, toxic and confusing,” Dehlin said. “The research shows that the healthiest path for most LGBT Mormons is to leave the church and enter into a committed relationship. That’s the path that leads to the best results. This is published in several medical journals.

“The website still refers to being LGBT as a challenge or a trial to overcome, a disease or a condition. It basically leaves two options: either remain celibate, which is a toxic lifestyle, or enter into a mixed-orientation marriage, which not only has a 75 percent divorce rate and leads to quality-of-life scores that are lower than for people who have lupus. They are saying to stay in the church, just adopt one of these two very toxic lifestyles.”

Dehlin said the choice of Clayton as spokesman was also hurtful, because he was one of the main leaders in the 2008 battle against California’s Proposition 8, aimed at legalizing gay marriage.

“They chose him as the spokesman for ‘love’ site,” Dehlin said. “That’s adding insult to injury.”

Dehlin said the site asks gay members of the church to choose a life of unhappiness.

“You are wanted, but only if you maintain a life of injury, sadness and misery,” he said.

“The church also emphasizes increasing your faith as a way to deal with this issue, which is the worst possible recommendation. People will expect God to take this (homosexuality) away from them, and when he doesn’t, it will make them feel broken and beyond God’s power. And that’s what can lead to more suicides.”

Shortly after the website debuted, Dehlin asked his Facebook friends and followers for their impressions of “Mormon and Gay.”

Their comments, which predictably mirrored some of Dehlin’s own views, included:

“No matter how much frosting you put on it, under all the talk of ‘inclusion’ and ‘love’ is still a cake made from arsenic and cyanide.”

“This site seems more geared towards helping active straight members feel good about underhanded systemic bigotry. I don’t know how much healing and support there is to be found though.”

“The pray it away, get married in the temple that will fix it, crap that has ruined so many lives. The church is going to go back to this kind of stupidity!”

“These PR campaigns will do very little until they change fundamental aspects of church doctrine.”

“Kudos to the church for trying, but until the suicides stop, they’re not doing enough.”

“The opinions that matter most are those in the LGBT community that are exposed to Mormonism. If they are better off as a result of this (which I’m not sure of), then I guess it’s a step in the right direction.”

“Am I the only one who sees this as super psychologically damaging on an incredibly deep level in sooo many ways? I mean, wow. Scary.”

“Another UnChristlike Unvitation to the Lord’s table.”

“Tell that to the 70+ LDS LGBT youth who ended their lives since the recent ‘policy.’
Oh, you can’t actually, because it is too late.” 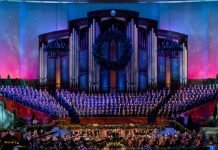 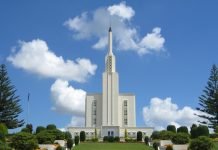