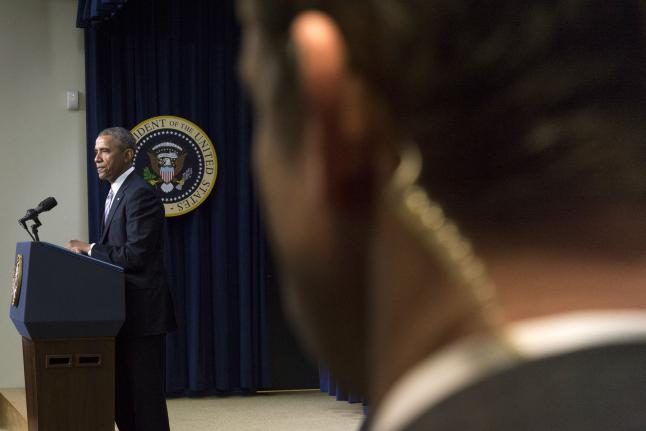 WASHINGTON, May 13 (UPI) — One of two U.S. Secret Service agents who are being investigated — for allegedly driving a vehicle under the influence into a security barricade near the White House — told the agency he will retire, a law enforcement official said Wednesday.

Marc Connolly, who was second-in-command on President Barack Obama‘s protective detail, this week told the Secret Service he intends to retire. His announcement came shortly before an investigative report on the March 4 incident is made public, the The Washington Post reported.

Connolly and another agent, George Ogilvie, are accused of being impaired following a celebration at a Washington, D.C., area tavern that marked a fellow agent’s retirement. After the pair left the bar, authorities said, they drove to the White House while they were still intoxicated.

Once the agents neared the White House, they became aware of a bomb threat in the area and their vehicle lightly impacted a temporary security barricade there. In fact, police officials said, the vehicle nearly ran over the suspicious device that prompted the scare.

The agents allegedly arrived with the car’s overhead lights active, showed their badges to gain entry and then drove through security tape and hit a temporary security barricade that had been set up near the presidential residence.

Both agents were placed on administrative leave pending the outcome of an investigation — the results of which are scheduled to be released Thursday. The report is expected to criticize the agents for using poor judgment and for driving while under the influence.

“I am disappointed and disturbed at the apparent lack of judgment described in this report,” Secret Service Director Joseph P. Clancy said in the Post report. “Behavior of the type described in the report is unacceptable and will not be tolerated.”

Clancy has been the Secret Service chief since October, following the resignation of Julia Pierson, who served for 18 months in the post and presided over some scandals of her own.

The investigative report also states that Connolly and Ogilvie spent five hours at the bar and officers investigating the bomb threat smelled alcohol on them.

Clancy wasn’t even notified of the incident for nearly a week because multiple high-ranking Secret Service agents reportedly chose not to report it. The director was finally briefed on March 9, after word of the incident spread throughout the agency.

Clancy reportedly believes Connolly committed a serious offense that warranted a penalty. The 27-year veteran agent, perhaps in response, decided to retire. Officials are still trying to determine an appropriate punishment for Ogilvie, the chief of the agency’s Washington, D.C., office.

An attorney representing both agents said any allegation that the pair were intoxicated or that they engaged in misconduct is “irresponsible” and “inaccurate.”

Authorities also told investigators at the scene that some officers wanted to arrest the agents and conduct a field sobriety test, but were overruled by a police supervisor. Connolly and Ogilvie were then allowed to go home.

The Secret Service has been trying to rebuild its reputation in recent years following several embarrassing scandals — including agents buying prostitutes in Colombia and multiple incidents of misconduct. In September, a man jumped the security fence and made it all the way inside the presidential residence before he was caught.

The investigation was conducted by the Department of Homeland Security’s inspector general.